By Matt Moir, The Tyee

Idle No More is forcing many Canadians to be Willfully Blind No More.

Ostensibly, the movement spearheaded by Attawapiskat Chief Theresa Spence is about the protection of First Nations’ treaty rights. At its core, though, might be something more profound, perhaps best described as a demand for all of us in this country to re-think the relationship between Aboriginal and non-Aboriginal Canadians. The relationship is, of course, an uneven one, though it might be far more uneven than most of us in this country care to acknowledge.

Against this backdrop, policy makers and average Canadians alike would be well advised to ring in the New Year by considering the lessons Michelle Alexander highlights in her important book, The New Jim Crow: Mass Incarceration in the Age of Colorblindedness. The context is American, but the lessons may hit closer to home. In the book, Alexander writes the following in regards to African-Americans and the United States’ criminal justice system:

“It is fair to say that we have witnessed an evolution in the United States from a racial caste system based entirely on exploitation (slavery), to one based largely on subordination (Jim Crow), to one defined by marginalization (mass incarceration). While marginalization may sound far preferable to exploitation, it may prove to be even more dangerous. Extreme marginalization, as we have seen throughout world history, poses the risk of extermination.”

It’s a narrative equally provocative and compelling. Alexander argues that Americans’ obsession with ‘law and order’ began as a conservative attempt to breed white opposition to the burgeoning civil rights movement. Politicians on the right labeled civil disobedience a precursor to criminality, and branded supporters of civil rights legislation as promoters of lawlessness. Exploiting the fears of poor and rural whites, Republican politicians invented and propagated the ‘War on Crime’ and, more specifically, the ‘War on Drugs’ as a means to incarcerate, and thus control, the black population.

The scheme was so successful that any politician that questioned the effectiveness or morality behind the supposedly colour-blind ‘War on Drugs’ was accused of being ‘soft on crime’ — the death knell for one seeking public office. In 1992, Bill Clinton recognized that Democrats could peel off right leaning white voters by outflanking the Republicans on issues like crime and welfare reform, and promptly advocated for a number of policies that resulted in the largest increases in federal and state prison inmates of any president in the history of the United States, the overwhelming majority of which were people of colour. The normalization of racial marginalization, according to Alexander, was finally, quietly complete. 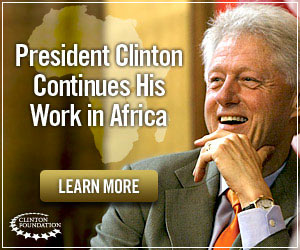 The book is more than a lament; it’s a warning. Alexander paints a bleak portrait of a future in which the majority of African Americans — increasingly economically vulnerable in a nation of skyrocketing inequality — being under the control of the criminal justice system is not entirely inconceivable. It’s an ugly commentary on contemporary American society. Canadians should pay attention.

One in five Canadian prisoners are Aboriginal

Troublingly, there are significant parallels between the plight of African Americans in the United States, and the Aboriginal population in Canada.

As American history is steeped in institutional savagery toward African Americans, Canada’s history, too, is pockmarked by the white majority’s mistreatment of Indigenous peoples. Most notable among a litany of gross violations of justice are the permanent occupation of ancestral lands beginning in the 18th century, the noxious attempt to ‘civilize’ Aboriginal people in residential schools in the early 1900s, and the refusal to recognize Aboriginal Canadians as legal ‘persons’ until the middle of the 20th century. And the similarities, unfortunately, are not only historical.

Though Canada doesn’t yet lock up the same percentage of its citizenry as its southern neighbor — the most heavily incarcerated society in the world — measures passed by Prime Minister Harper’s Conservative government have resulted in a steady increase in the number of Canadians behind bars. Canadians of Aboriginal ancestries have borne the brunt of the surge of prisoners.

These significant discrepancies are not shrinking. In the U.S., over 40 per cent of new offenders to state and federal prisons are African American. In Canada, more than one in five new admissions to men’s prisons are of Aboriginal descent. Among women offenders, over one in three are Aboriginal. In the U.S., one in three black men can expect to be incarcerated at some point in their lives. In Canada, young Aboriginal men are more likely to go to prison than complete a high school diploma. And once in custody, a significantly larger proportion of African American and Aboriginal Canadian prisoners are recommended for maximum levels of security than white prisoners charged with similar crimes.

While it might be unfair to claim that Canadian politicians and the Canadian criminal justice system have joined forces to consciously ensure that our Aboriginal communities remain repressed and disenfranchised, it cannot be denied that Aboriginals across the country suffer from poverty, injustice and lack of opportunity more than other type of Canadian. One in four Aboriginal children live in poverty.

The life expectancy for Indigenous people in Canada is eight to 20 years less than non-Aboriginal Canadians. On First Nations reserves, 60 per cent of children do not graduate high school, and the lack of suitable housing and access to clean water is endemic. To be Aboriginal in Canada today is to be a second-class citizen.

As a new year begins, we should take this opportunity to look closely at the society that we have created, and address the appalling inequalities of our criminal justice system. There is still time to prevent the prison state of our southern neighbors, but only if we hurry.

No Canadian should be idle.

Any cookies that may not be particularly necessary for the website to function and is used specifically to collect user personal data via analytics, ads, other embedded contents are termed as non-necessary cookies. It is mandatory to procure user consent prior to running these cookies on your website.